Joburg or Jozi, as the locals refer to Johannesburg, is the capital of the richest South African province, Gauteng, and not only the biggest city in South Africa but also one of the 50 largest urban areas in the world.

Established in 1886 following the discovery of gold, Johannesburg grew rapidly and is now South Africa’s commercial, financial, industrial and cultural hub. With two airports, Johannesburg is the principal gateway to South Africa. Like many other big cities in the world, Johannesburg is a city with so much to offer: there are wonderful restaurants, relaxed sidewalk cafes, laughter-filled shebeens, glitzy shopping malls, tranquil parks, unique emotive museums and monuments, thrilling casinos, busy townships and stunning galleries…a thrilling city to visit! 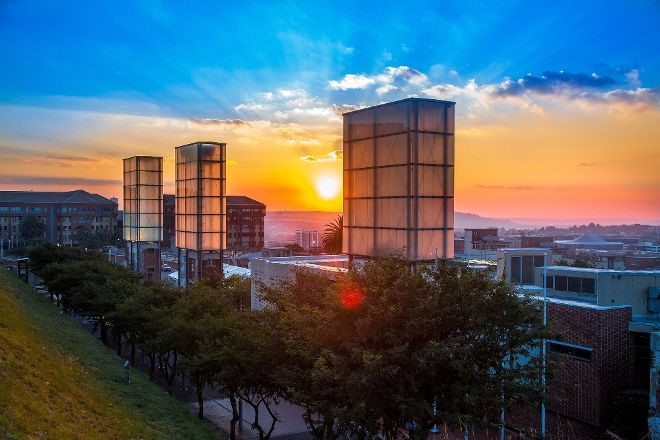 
WHAT TO DO IN JOHANNESBURG

Soweto (an abbreviation for Southwestern Townships) lies 20 kilometres southwest of Johannesburg and offers a journey into the soul of the fight for freedom. This was an area of planned segregation, where black laborers were housed far from the city centre, many in shacks made of corrugated iron. It was also the birthplace of the struggle for democracy. In 1976, the Soweto Uprisings sought to overthrow the apartheid state and spread from here to the rest of the country. Today, you can see a land of contrasts. Mansions have sprouted up among the shanties, and the democratic government is trying to establish much-needed infrastructure and green spaces. A popular attraction to visit here is the Hector Pieterson Memorial and Museum, which honours the brave students who protested apartheid during the Soweto Uprisings, some of whom were shot by police, including the museum's namesake, who was only 12 years old.

The easiest — and safest — way to experience Soweto is on the full-day Soweto City and Apartheid Museum tour. A knowledgeable guide will take you into the shanty towns to meet the residents, and you'll have the chance to visit the famous Vilakazi Street and the former homes of two Nobel Peace Prize winners, Nelson Mandela and Archbishop Desmond Tutu. for more information, CLICK HERE

To better understand the rich and turbulent history of South Africa, pay a visit to Apartheid Museum. Founded in 2001, the museum explores the system of imposed racial segregation implement during the apartheid era. You can spend hours wandering the 22 spacious exhibits narrating the story of oppression, racial tension, and the struggle for freedom. A plethora of items, photos, videos, and written materials paint an extensive picture of the tyranny that the black majority in South Africa endured for much of the 20th century. For more information, CLICK HERE

Explore the streets of Maboneng Precinct, an up-and-coming Johannesburg neighbourhood, transformed from a declining, crime-ridden zone into a flourishing hub of arts, culture, and culinary experiences. Creative developments have turned the urban precinct's run-down warehouses into art galleries, chic restaurants, and residential and studio spaces, inspiring the rise of tourism and entrepreneurship in the local community. On a stroll through the radiant neighbourhood, you can browse trendy boutiques, choose from a variety of bars and restaurants, and take in the vibrant inner-city atmosphere. For more details, CLICK HERE 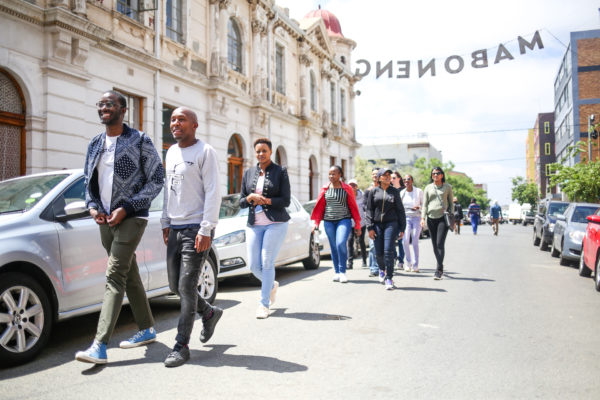 CRADLE OF HUMANKIND AND THE STERKFONTEIN CAVES

About an hour's drive from Johannesburg, the Cradle of Humankind is a UNESCO World Heritage Site and one of the world's most productive and important paleo-anthropological areas. One of the top attractions here are the Sterkfontein stalactitic caves, which consist of six linked underground chambers with a lake at a depth of about 40 meters. Archaeological excavations here unearthed the skull of a humanoid creature known as Australopithecus africanus, estimated to be two million years old, called "Mrs Ples," and in 1998, scientists discovered a skeleton that dates the presence of early humans in the valley at 3.5 million years ago. Stop by the Maropeng Visitor Center to view related exhibits and learn more about this fascinating site. For more information, CLICK HERE

An easily accessible 2.5-hour drive from Johannesburg, Pilanesberg National Park is one of the most popular game reserves in South Africa. You have a chance to see Africa's Big Five here (lion, leopard, buffalo, elephant, and rhino), and the park is known for its extraordinarily rich ecosystems and diversity of wildlife, thanks to its location in a transition zone between the lush Lowveld vegetation and the parched Kalahari desert. Apart from the Big Five, the park is also home to African wild dogs, sable antelope, zebras, and more than 300 species of birds. To get the most out of a day trip to the park, it's a good idea to sign up for the full-day Pilanesberg National Park private tour from Johannesburg. An experienced guide will take you into the park for both a morning and afternoon game drive, tracking the animals you most want to see and sharing fascinating details about the wildlife and unique ecosystems along the way. For more information, CLICK HERE 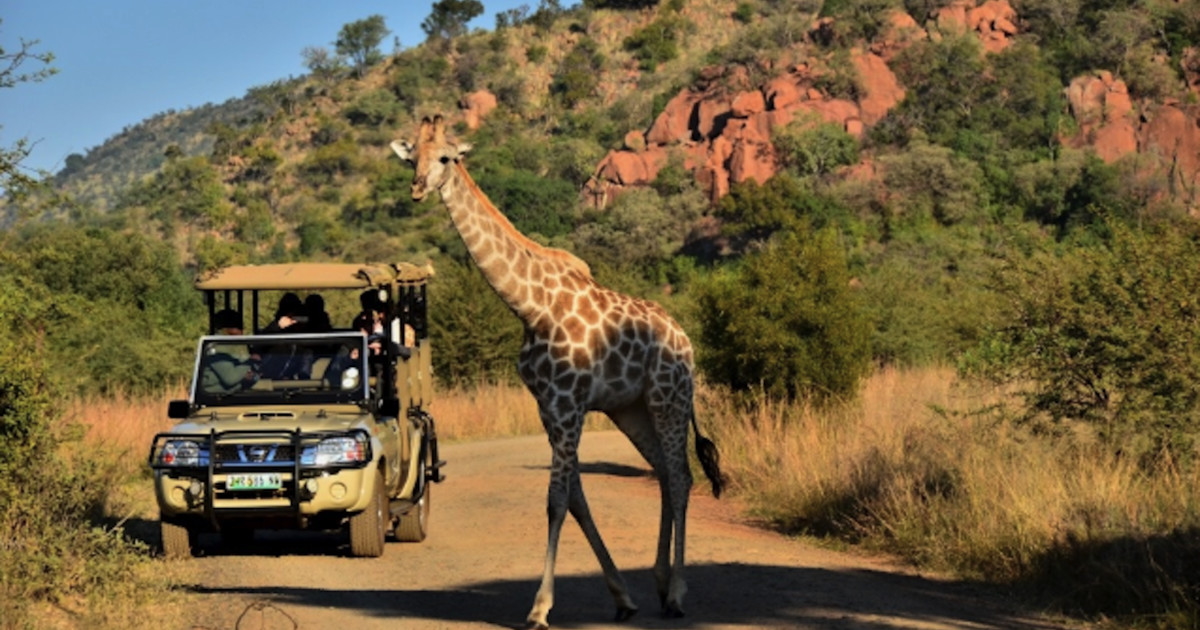